“A good teacher must be able to put himself in the place of those who find learning hard.” — Eliphas Levi

Last night, after yoga class, one of the students — let’s call him “Jerry” — insisted I do Peacock Pose. Jerry is a fun-loving, athletic fellow who’s always looking for the next challenge (he’s currently working on one-armed Peacock), and whose face lights up when you throw him a pose that’s new and/or difficult. I, however, don’t share his enthusiasm for Peacock and balked at the suggestion — “I hate Peacock,” I said. “It hurts my stomach. It’s too hard.” Imagine all of this being said in a whiney voice.

He immediately launched into cheerleader mode saying, “Oh come on, you can do it. I’ll do it with you. You’re strong,” and then began walking through the steps for the pose: “Place your hands like this, lean forward,” but all I heard was “Blah, blah, blah, blah, blah.” I know how to do Peacock. I simply choose not to do it. Who cares if I never do Peacock?

But I suddenly realized that I was being one of “those students” who never wants to get out of their comfort zone, and who resists doing something difficult. Did I really want to be someone who is content with not advancing in the practice, based on the knowledge that it was difficult in the past? Was I really OK with choosing not to try it just because I know it’s hard? I know how it feels to have a defiant student who digs in their heels, refusing to even try, and I suddenly felt embarrassed at my unwillingness to put forth the effort. It’s usually me, the teacher, offering encouraging words, not the student.

So, I stepped up to the challenge. I planted my hands, squeezed my elbows in, extended my legs, and then lifted my feet and my head. Not quite as easily as I just described — Peacock is difficult and takes a lot of thought (at least it does for me) to lengthen and lift both ends of my body at the same time, while balancing on my hands and elbows. Whew! It’s a big one!

Yeah, it hurt my stomach a little bit (but it’s not excruciating by any means), and yeah it was hard, but I did it. And I felt glad. I did something that in the past has been very difficult, and thus made me somewhat fearful of trying again, but I did it. Yet another reminder that we’re never done learning — even when we’re teaching — and we must always be open to trying. 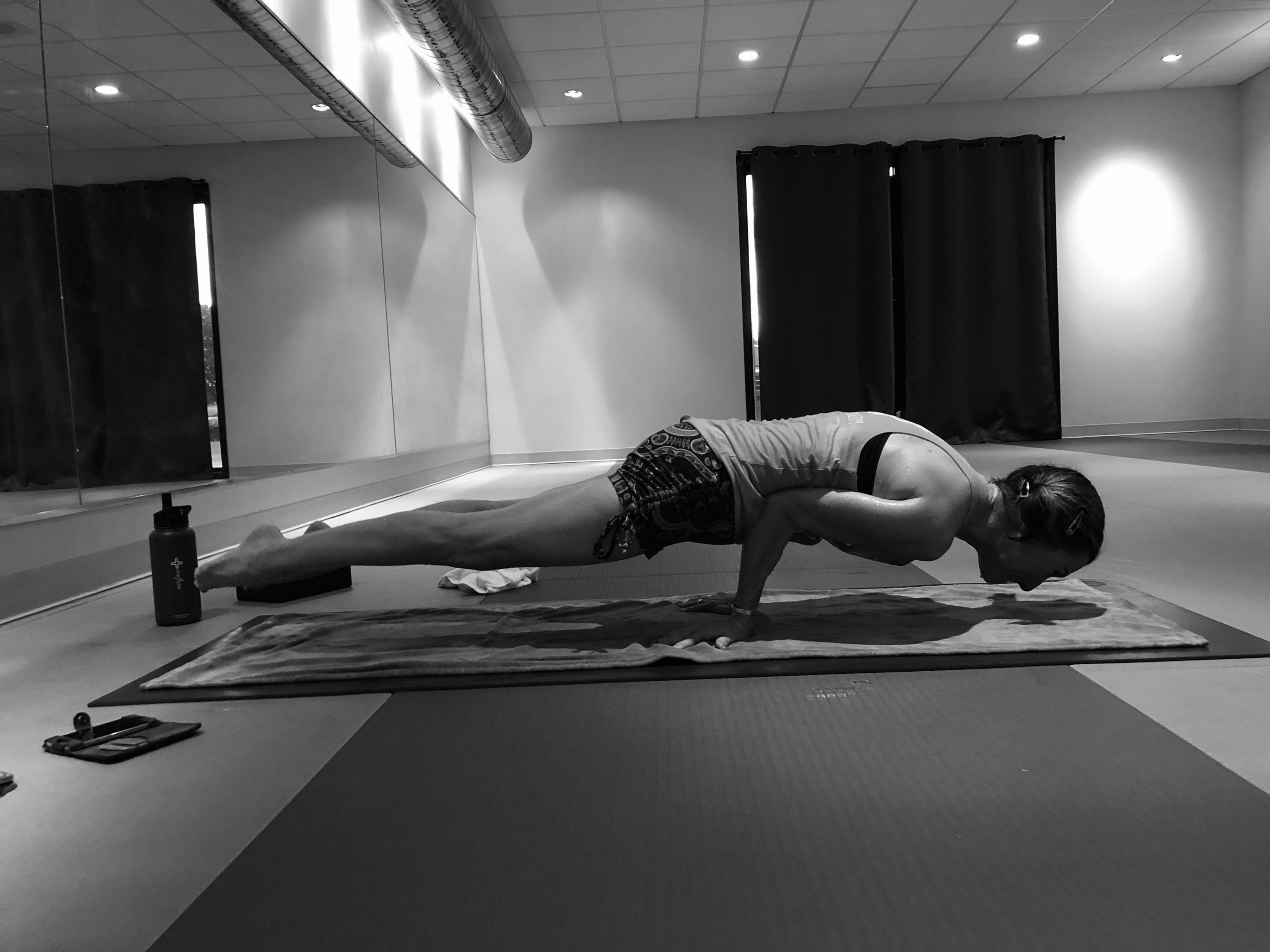 Handstand in the Sand