“Don’t let compliments go to your head and don’t let criticism get to your heart.” – Lysa Terkeurst

Last week, someone asked my age and when I told them “almost 57” their response was, “You look really good for your age.” I always say “Thanks” when someone says that, but inside I cringe just a little bit. I know. I know. I’m reading too much into it, and being critical about a compliment, but wouldn’t it be better if they simply said, “You look great!”

Truth be told, I’ve been guilty of this “for your age” phrase myself. For the longest time I told people, “I’ve got nice arms for a woman my age,” — mostly because if you compare my arms to the arms of other women my age, they really do look nice. And then one day, as those aforementioned words came out of my mouth, I realized that I didn’t need to add “for my age” when talking about my arms. They never looked like they do now when I was in my 20s, 30s or 40s, and I’m frequently around women younger than me who don’t have arms that look like mine.

How many times though, do we add some sort of disclaimer at the end of a compliment? “You look nice for someone who just had a baby,” or “You look great for someone who just got out of the hospital.” You get the idea. If we really want to make it a good compliment that makes someone feel better about themselves, we don’t need qualifiers. “You look great” (or happy or fabulous or refreshed) is all that’s needed and is a better compliment than one with a disclaimer.

According to the quote above, it shouldn’t matter either way, but I’m still going to end this with a compliment for myself: I’ve got nice arms. And that’s all I’m sayin’ about it. 🙂 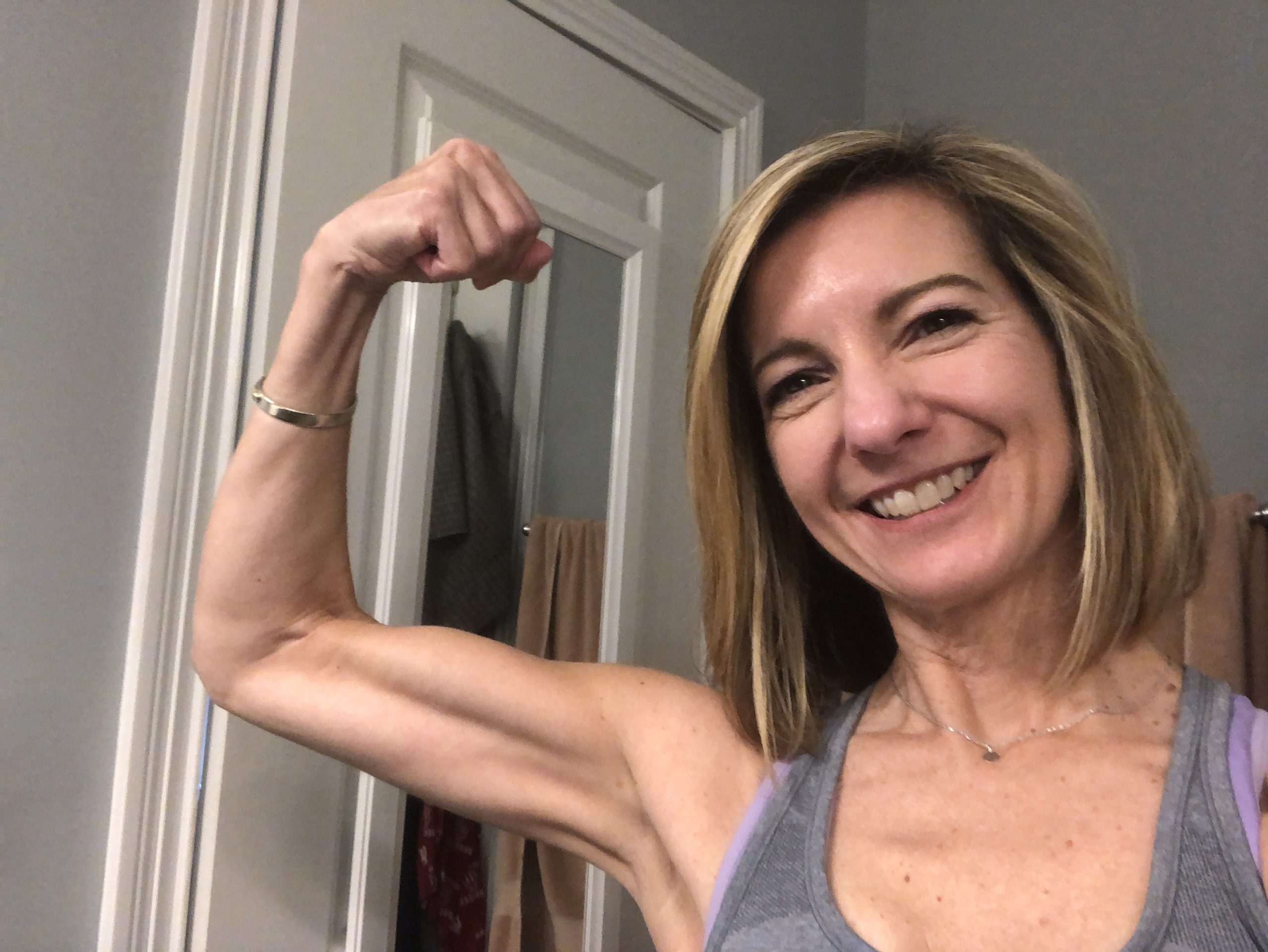 I Talk to Myself During Handstand