“Halloween is not only about putting on a costume, but it’s about finding the imagination and costume within ourselves.” — Elvis Duran

Today is Halloween and that makes me very happy. I love Halloween. The decorations. The candy. The trick-or-treaters. But mostly, I love dressing up in a costume. I’ve loved it since I was a little kid in the 60’s and70’s when we wore the onesie-style costumes that came in a box, tied in the back, and came with a plastic mask with nose holes so small breathing was next to impossible. Still loved it.

My husband will tell you that I start working on my costume on November 1. He’s right. Tomorrow my thoughts will start wandering…not to Thanksgiving or Christmas…but to what I might wear next Halloween. I don’t think about it night and day or obsessing over it or anything, but admittedly, I would be a teensy bit concerned if I wasn’t settled on a Halloween costume by early January.

It could be a character in a movie, music video, or a comic book. And it could be one that I filed away in the compartment in my brain labeled “Future Halloween Costumes”, and then extracted a year or two later. Case in point: I actually gasped the first time I saw Bellatrix Lestrange in a Harry Potter movie  — not just because it was Helena Bonham Carter (whom I love) playing a wacky witch — because I knew she would some day make a great Halloween costume. (She did in 2015.) Same with Hit Girl from the movie Kick Ass. (She was reprised in 2013.)

The best part, though, is putting it all together. I never ever buy a complete costume in a box — for one thing they’re ridiculously expensive — and it’s the putting it all together part that makes wearing a Halloween costume so much fun. Do I already have an appropriate prop in one of my many Halloween boxes? Will I need to order a new wig? What will I do for makeup? It may take me a half a year searching thrift stores (I still occasionally use the $9.00 wedding dress I found several years ago during a chance stop at Goodwill), the internet, my many many Halloween boxes, and a shelf full of wigs and accessories in the storage closet to get it all pulled together, but in the end, it’s all worth it.

And not only for me; other people enjoy seeing Halloween costumes. And even though they know it’s Halloween, it still seems to catch them off guard when a fully grown/not very tall/over 55 woman shows up at their office, restaurant, gas station, or passes them on the highway wearing goofy makeup and a costume. It’s unusual, out of the ordinary, and — for most people anyway — just plain fun.

So if you see a sorta/kinda Johnny Depp version of the Mad Hatter while you’re out today (use your imagination if you have to), wave and say, “Happy Halloween!” It’s really me loving life in a Halloween costume. 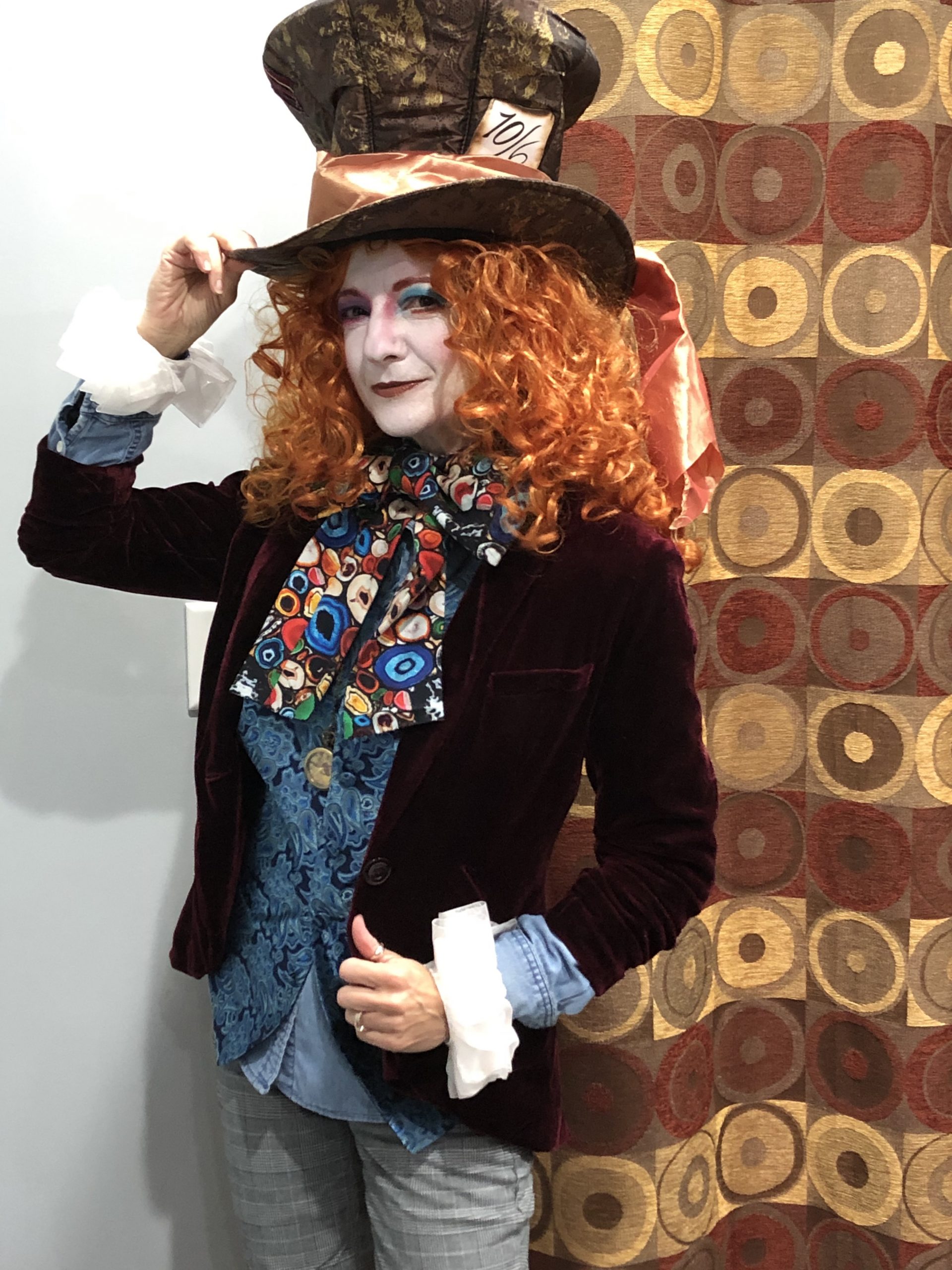 Thanks to Averie Beavers for the great makeup!

Are Handstanders Just Showing Off?

Warning: Don't Do Handstands Around Furniture